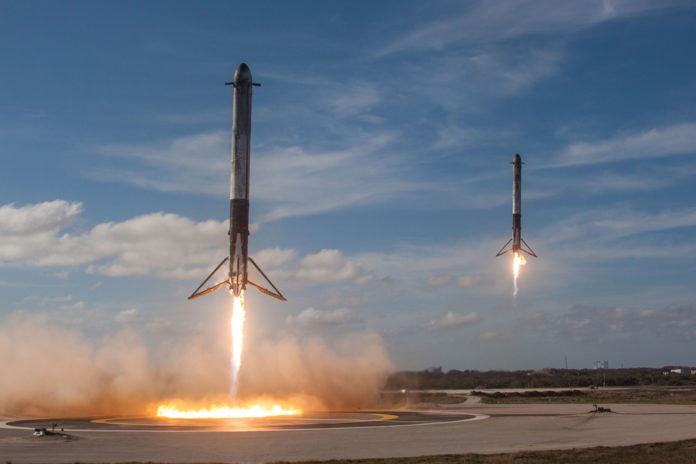 By operating this maiden flight, the first of 21 launches contracted by OneWeb in 2015, Arianespace contributes to the fulfilment of its customer’s ultimate ambition: providing Internet access to everyone, everywhere.

The maiden mission for OneWeb brought the number of constellation satellites orbited by Arianespace to 109, which demonstrates a remarkable ability to meet the needs of this market segment with its current and future family of launchers.

Stéphane Israël, Arianespace Chief Executive Officer, said: “By deploying the OneWeb constellation, Arianespace also accomplishes its mission: ‘Using space for a better life on Earth’ when participating in the build-up of a global communications network that will bridge the digital divide. The success of this first flight marks the go-ahead of 20 more Soyuz launches contracted by OneWeb in 2015, representing more than 600 satellites to be orbited in less than two years – and we take great pride in working toward such an objective!”

Arianespace at the service of global communications

As the opening launch on behalf of the satellite operator OneWeb, today’s flight VS21 paves the way for the deployment phase of its initial constellation – for which Arianespace is to operate 20 more medium-lift Soyuz launches from three spaceports (Kourou in French Guiana; Baikonur Cosmodrome in Kazakhstan and Vostochny in Russia) through 2020.

OneWeb’s mission is to deliver global communications through a next-generation satellite constellation that brings seamless connectivity to everyone, everywhere.

Placed in low-Earth orbit at an altitude of 1,000 km., the constellation will provide high-speed, low latency services to a wide range of markets, including aviation, maritime, backhaul services, community Wi-Fi, emergency response services and more, delivering high-speed access around the world – by air, sea and land.

OneWeb Satellites – a joint-venture between OneWeb and Airbus Defence and Space – is the constellation’s prime contractor.

OneWeb’s initial constellation will be composed of approximately 650 satellites and could expand to more than 900 as it grows to meet demand around the world. Commercial services are scheduled to begin in 2021.

Arianespace demonstrates its capacity to deploy all types of satellite constellations

With its current family of launchers (Ariane 5, Soyuz and Vega) and the future family (Ariane 6 and Vega C), Arianespace is perflecly positioned for the growth market of satellite constellations – including for navigation, telecommunications or Earth observation.

Arianespace uses space to make life better on Earth by providing launch services for all types of satellites into all orbits. It has orbited more than 590 satellites since 1980, using its family of three launchers, Ariane, Soyuz and Vega, from launch sites in French Guiana (South America) and Baikonur, Kazakhstan. Arianespace is headquartered in Evry, near Paris, and has a technical facility at the Guiana Space Center, Europe’s Spaceport in French Guiana, plus local offices in Washington, D.C., Tokyo and Singapore.

Arianespace is a subsidiary of ArianeGroup, which holds 74% of its share capital, with the balance held by 15 other shareholders from the European launcher industry.