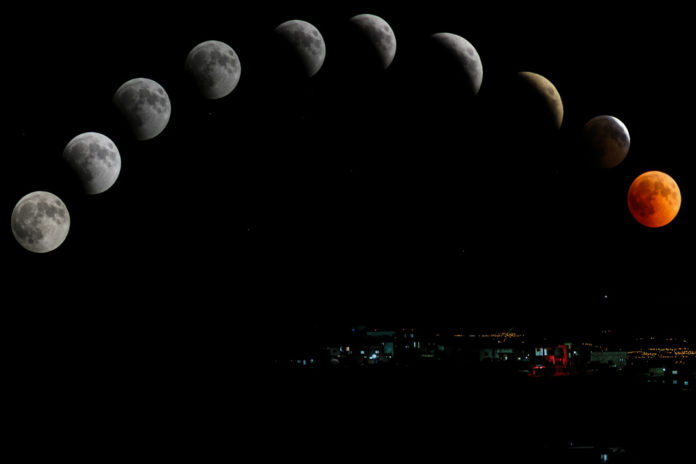 (27 February 2019 – NASA Goddard) When NASA solicits future investigations of the Moon five teams involving scientists and engineers at the NASA Goddard Spaceflight Center in Greenbelt, Maryland, will be ready.

The agency’s Development and Advancement of Lunar Instrumentation, or DALI, program recently awarded 10 teams funding to mature spacecraft-based instruments for use in future lander missions, including those offered by commercial ventures through the Commercial Lunar Payload Services (CLPS) contract. These instruments are expected to reach a high level of technology readiness by the time funding ends in three years.

Of the 10 awards, half went to teams involving Goddard experts, who are either serving as principal investigators or co-investigators — a success rate that didn’t escape many. “The fact that our scientists and engineers won five of those awards bodes well and assures that Goddard will have a role to play in NASA’s new era of exploration,” said Brook Lakew, associate director for planning and R&D for Goddard’s Solar System Exploration Division. “Our teams certainly made an admirable showing in this round of the DALI competition.”

Since 2008, when scientists first discovered water in Moon’s thin atmosphere and later at its poles, Earth’s only orbiting natural orb has become a decidedly more interesting place. SSOLVE, led by University of Maryland researcher Timothy Livengood, with significant participation from Goddard engineers and scientists, is being designed to investigate the origin of this water.

With its two spectrometers tuned to submillimeter and terahertz wavelengths ideal for detecting water, SSOLVE would be deployed on a lander, where it would use the Sun as a light source to illuminate the presence of water in the Moon’s tenuous atmosphere, specifically measuring the abundances and the chemical state of water, hydroxyl, and heavy water and how these levels vary over time.

The goal is to answer questions about its presence both in the atmosphere and at the poles, determining if solar wind or meteoroids deliver the water or if it’s created indigenously through different chemical processes involving the Sun.

Goddard engineer Berhanu Bulcha is developing with internal R&D funds a critical technology, a terahertz mixer, for one of the submillimeter spectrometers being developed for the conceptual SSOLVE mission, which would investigate water on the Moon. NASA recently funded SSOLVE under a technology-development program. (courtesy: NASA/W. Hrybyk)

CRATER Principal Investigator Ricardo Arevalo, a former Goddard scientist and now a professor at the University of Maryland, is working with a global team, including experts at Goddard and various laboratories in France, to develop an advanced laser-based mass spectrometer aimed at redefining scientists’ understanding of the Moon’s composition.

Conceived as a lander-payload instrument, CRATER would produce high-resolution spectra that would provide insights into how the Moon formed. It would also catalog non-native organic compounds and prospect for valuable metals, such as titanium, iron, chromium, and copper.

Principal Investigator Ricardo Arevalo (right), Adrian Southard (center), and Cynthia Gundersen (standing next to Arevalo) are members of the international CRATER development team, which met in France earlier in 2018 to discuss the path forward for advancing the CosmOrbitrap mass analyzer, a key component of the CRATER instrument targeting the in-situ exploration of the lunar surface. Others in the room are associated with the French team. (courtesy: C. Briois)

BECA is a lander instrument capable of determining the bulk elemental composition of material found on the Moon’s surface as well as that located about eight inches (20 centimeters) beneath it.

Conceived by Goddard Principal Investigator Ann Parsons, BECA would pulse neutrons into the regolith. When these neutrons interacted with an element’s nucleus, the nucleus would become excited and emit gamma rays, which a spectrometer would detect to reveal the presence of elements, including hydrogen, oxygen, aluminum, silicon, titanium, and iron, among many others.

The beauty of BECA is that it does its sleuthing without moving parts and does not physically interact with the lunar terrain when gathering measurements. Furthermore, low-energy neutrons are also emitted by the lunar surface. Measurements by BECA’s neutron detectors would allow for more sensitive and deeper measurements of hydrogen — an important ingredient in water —than from gamma rays alone.

Goddard scientist Ann Parsons is developing a new instrument to determine the bulk elemental composition of the material found on the Moon’s surface as well as that 20 centimeters beneath it. She is pictured with a commercial version of the Pulsed Neutron Generator (PNG) that she will be maturing for use on her BECA instrument, which will be tested at a granite formation located at Goddard’s Geophysical and Astronomical Observatory. (courtesy: NASA/W. Hrybyk)

Determining the age of lunar rocks is the primary purpose of KArLE, a proposed lander or rover instrument conceived by Goddard scientist Barbara Cohen.

Knowing the precise ages afforded through potassium-argon dating — the method of determining a rock’s time of origin by measuring the ratio of radioactive potassium to its daughter product, argon — would help scientists understand the Moon’s history, its formation, the effects of bombardment, and by extension, the history of the solar system. Currently, radiometric dating can only be done on samples returned to Earth-based laboratories.

“A capability such as KArLE is crucial because we can’t possibly bring back samples from everywhere on the Moon,” said Cohen, whose team includes several Goddard engineers, the University of Maryland, Los Alamos National Laboratory, and Honeybee Robotics.

KArLE is an instrument now being developed by Goddard scientist Barbara Cohen. It will determine the ages of lunar rocks, information that will help scientists understand the Moon’s history, its formation, the effects of bombardment, and by extension, the history of the solar system. (courtesy: NASA/W. Hrybyk)

LEMS is a compact, long-duration surface station that would monitor the exosphere, the thin atmosphere surrounding the Moon. Previous missions have identified short-term changes in the exosphere, but NASA has never landed an instrument capable of longer-term research. It would also listen to the Moon’s seismic activities to better understand the structure of the Moon’s interior.

Like many of the other DALI proposals, it, too, takes advantage of heritage instruments. It employs CubeSat and SmallSat subsystems that would generate and distribute power to the station’s neutral mass spectrometer, which is identical in design to the one flown on NASA’s Lunar Atmosphere Dust and Environment Explorer and the Mars Atmosphere and Volatile Evolution Mission, said Co-Investigator Charles Malespin, a Goddard scientist assisting in the effort led by Mehdi Benna, a researcher at the University of Maryland-Baltimore County.

This artist’s rendition shows the LEMS concept, an environmental monitoring station on the Moon. (courtesy: NASA) 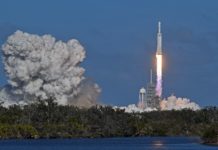 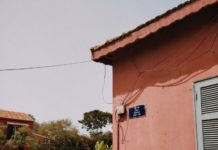 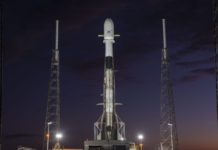