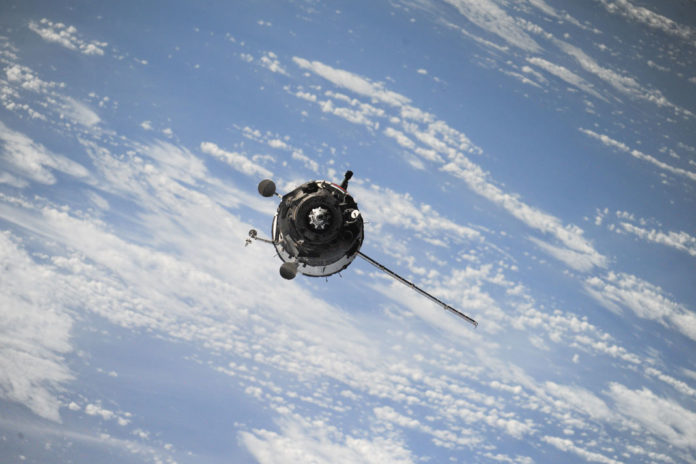 (1 March 2019 – Eutelsat) Eutelsat Communications has announced the successful mating of the platform and payload of the KONNECT satellite, conducted this week at Thales Alenia Space’s facilities in Cannes.

This operation is a major step in the construction of the satellite, in preparation for its launch by the end of this year.

With capabilities for a large-scale service to address the demand on both continents, KONNECT is a major pillar of Eutelsat’s strategy of return to growth, enabling the company to bolster its presence in the fast-growing broadband market. On a wider scale, this satellite programme supports the Group’s ambition to contribute to reducing the digital divide with a view to building a more inclusive digital society. By leveraging existing satellite resources, Eutelsat strives to achieve this ambition and sets the stage for the arrival of this satellite through the launch of new broadband services in these regions, such as in several African countries in the past months.

Yohann Leroy, Deputy Chief Executive Officer and Chief Technical Officer of Eutelsat, commented: “This mating operation represents a key step in this significant satellite programme; one that will enable to deliver high-speed broadband services at affordable prices, with a view to complementing terrestrial networks in Western Europe but also in Africa where the drive to increase Internet penetration is a key priority.”

Founded in 1977, Eutelsat Communications is one of the world’s leading satellite operators. With a global fleet of satellites and associated ground infrastructure, Eutelsat enables clients across Video, Data, Government, Fixed and Mobile Broadband markets to communicate effectively to their customers, irrespective of their location. Over 7,000 television channels operated by leading media groups are broadcast by Eutelsat to one billion viewers equipped for DTH reception or connected to terrestrial networks. Headquartered in Paris, with offices and teleports around the globe, Eutelsat assembles 1,000 men and women from 46 countries who are dedicated to delivering the highest quality of service.