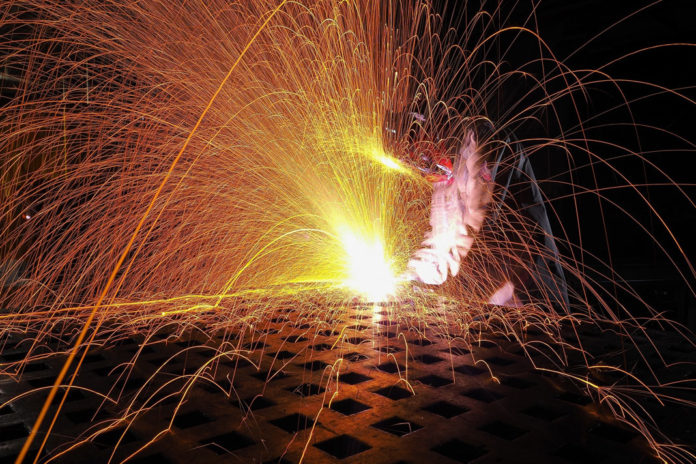 (4 April 2019 – SENER) SENER and technology centre IK4-TEKNIKER are collaborating in the development of PVD (Physical Vapour Deposition) coatings to provide additional functionalities for the surfaces of critical satellite components used in the Solar Orbiter, EXOMARS and JUICE missions of the European Space Agency (ESA).

Satellite components operating outside the terrestrial atmosphere lack the layer of oxides present in environments with presence of air. The consequence of this phenomenon is that metal parts can be joined to each other when contact is established, an effect called “cold welding” that is very dangerous when deployable appendages such as antennas or solar panels are involved.

In order to prevent this phenomenon, IK4-TEKNIKER is collaborating with SENER experts in surface engineering to develop smart coatings to prevent the cold welding phenomena of satellite components in the Solar Orbiter (SolO), EXOMARS and JUICE space missions.

Satellite mechanisms are fitted with many titanium parts that could tend to be welded together in the absence of a protective layer. To avoid this phenomenon, IK4-TEKNIKER has developed coatings to prevent metal-metal contact. More specifically, researchers at the technology centre have developed coatings using PVD (Physical Vapour Deposition), a technology in which they have strong know-how and which allows superior properties measuring only a few microns or nanometers in thickness to be deposited on the surface.

In this technique, a solid is evaporated in the form of atoms or molecules that are moved under conditions of vacuum to gradually condensate on the surface of the substrate until they form a thin film coating with specific physical-chemical properties. The process makes also possible to incorporate functional characteristics on a surface in a clean and sustainable manner.

These solutions have been validated by SENER for being applied in those satellites in which the engineering company develops components that could potentially suffer from cold welding, such as antennas equipped with deployable arms that must avoid this kind of welding to operate correctly. Therefore, IK4-TEKNIKER has provided coatings for parts that will be used on the Solar Orbiter (SolO) mission, for which SENER is in charge of the complete antenna subsystems – high, medium and low gain antennas (HGA, MGA and LGA); and on the JUICE mission to Jupiter, for which SENER develops the waveguides for the high together with medium gain antenna major assembly, both missions with significant technical challenges due to the environmental extremes.

Besides, IK4-TEKNIKER has also collaborated with SENER on both ExoMars explorations on Mars to discover vestiges of life on the red planet, for which SENER has supplied technology for both the rovers’ structures and the scientific payload, among other components and systems.

The solutions presented by SENER and IK4-TEKNIKER with smart coatings for space satellites have been validated by ESA.

The SENER group has been, for more than 50 years, a top-tier supplier of electromechanical components and systems, navigation systems (GNC/AOCS), communications, astronomy and optics systems for Space, and it is currently participating in the main programs of ESA and NASA (including, in addition to those already mentioned, Hubble, Galileo, Rosetta, Gaia, Herschel and Planck, IXV, Proba 3, BepiColombo, Euclid Athena, LOP Gateway and Mars 2020) and of the European Southern Observatory (ESO). The group stands out as one of the leading suppliers for the ESA’s science programs, for its engineering contributions.

On the other hand, IK4-TEKNIKER has been developing PVD coatings for 30 years. During this time, this research centre has developed thin films for various sectors and with different objectives: from tribological applications, reducing friction and wear in mechanical components, to complex optoelectronic devices, as electrochromic windows, photovoltaic cells or solar absorbers. IK4-TEKNIKER coatings laboratory is equipped with numerous PVD semi-industrial systems, which allow them to reach near to market solutions and process real components from their customers.

SENER is a private engineering and technology business group founded in 1956. Its aim is to offer its clients the most advanced technological solutions and to achieve international recognition based on its independence and commitment to innovation and quality. SENER has more than 2,500 professionals across its centres in Algeria, Argentina, Brazil, South Korea, Canada, Colombia, Chile, China, the United Arab Emirates, Spain, the United States, Morocco, Mexico, Poland, Portugal, the United Kingdom and South Africa. The group’s operating revenue exceeded 766 million Euros (2017 data).

SENER brings together its own Aerospace and Engineering and Construction activities with industrial holdings in companies working in the field of Energy & Environment. In Aerospace, SENER has more than 50 years of experience and it is a first-rate international supplier in Space, Defense and Aeronautics. In Engineering and Construction, SENER has become a leading company worldwide in the Infrastructure and Transport; Renewables, Power, Oil & Gas; and Marine sectors.

With more than 35 years of experience in applied technology research that has been be transferred to companies, IK4-TEKNIKER has achieved a high degree of specialisation in four major areas (Advanced Manufacturing, Surface Engineering, Product Engineering and ICTs). This means that its cutting edge know-how has been made available to customers to meet their requirements.