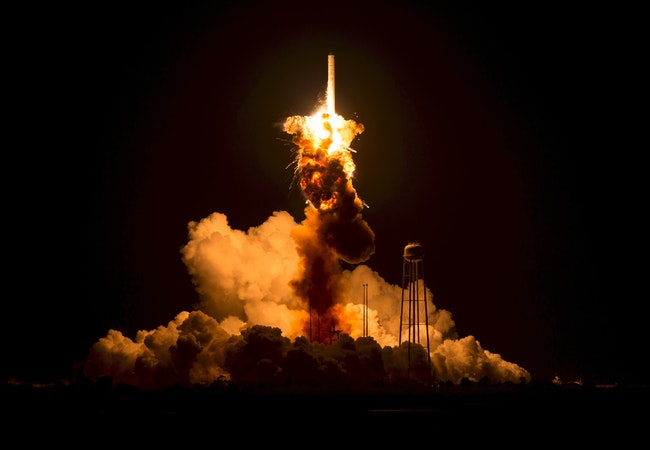 The 44-meter-high PSLV-C51 rocket with two solid side boosters lifted off from the Satish Dhawan Space Center on the Indian island of Sriharikota at 11:54 p.m. Eastern Feb. 28.

The PSLV injected the roughly 700-kilogram Amazonia-1 into its intended Sun-synchronous orbit 17 minutes after launch. The further 18 passengers were released over the subsequent 98 minutes in accordance with a predetermined sequence.

The mission was hailed as the first dedicated commercial mission of NewSpace India Limited (NSIL), a Government of India company under the Department of Space.

This satellite is designed to deliver remote sensing data to the government and science community for monitoring deforestation in the Amazon region and analysis of diversified agriculture across the Brazilian territory.

It carries a wide-view optical imager (camera with 3 frequency bands in the visible spectrum – VIS – and 1 band near the infrared – Near Infrared) capable of observing a 850 km range with 64 meters of resolution.

Its relatively low mass allowed margin for a number of other payloads. Of these 14 were aboard through NSIL, including 12 SpaceBEE 1U-CubeSats for U.S.-based Swarm Technologies, Inc. for two-satellite communications and data relay, and SAI-1 NanoConnect-2, developed by the Space Instrumentation Laboratory of the National University of Mexico. SindhuNetra, an AIS technology demonstrator, was funded by the Defense Research and Development Organization of India.

The four further payloads were for INSPACe, India’s new regulatory and space promotion organization. These were three UNITYsat satellites developed by the Jeppiaar Institute of Technology, G. H. Raisoni College of Engineering, and the Sri Shakthi Institute of Engineering and Technology. The final payload is the 3U-CubeSat Satish Dhawan Sat (SDSAT) from Space Kidz India to study radiation and the magnetosphere.

The launch is India’s first of a 2021, following a 2020 severely impacted by the COVID-19 pandemic. Satish Dhawan Space Center carried out its first 2020 mission only in November with the launch of the EOS-1 Earth observation satellite and nine smaller payloads.

India is expected to launch a number of missions in the coming months including the GSLV launch of the country’s first geostationary Earth observation satellite, GISAT-1. The mission is one of a number delayed by the COVID-19 outbreak.

ISRO is targeting a first uncrewed test flight of a human-rated GSLV launcher for its Gaganyaan crewed program in December this year, but has conceded a first crewed flight will slip from August 2022 into 2023.