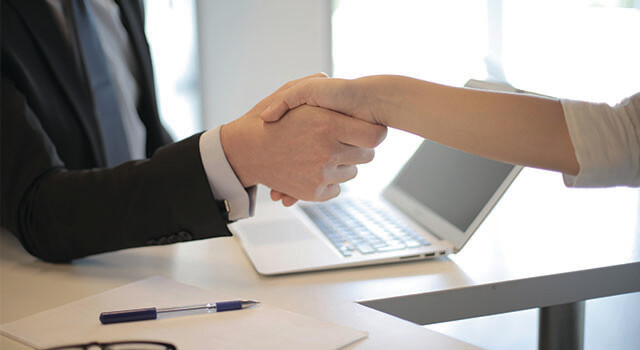 OneWeb has selected Hughes to develop and manufacture the ground system technology for its Low-Earth Orbit (LEO) constellation, restarting a prior agreement between the companies. Under the $250 million three-year contract announced Wednesday, Hughes has agreed to produce the gateway electronics for the OneWeb system and the core module that will be used in every user terminal.

Hughes said Wednesday that its gateway is capable of 10,000 hand-offs per second, and facilitate handover and tracking of “hundreds of gigabits of data across hundreds of beams and millions of users.”

In terms of the module for the user terminal, Hughes said the module is adaptable across fixed and aeronautical and maritime mobility terminals, for either electronically or mechanically steered antennas.

OneWeb had a ground system partnership with Hughes since 2015 in its prior iteration before the company filed for bankruptcy in March. OneWeb has since emerged from Chapter 11 bankruptcy under ownership of a consortium led by the U.K. government and Bharti Enterprises, in which Hughes has agreed to invest $50 million.

This deal resumes that prior ground network work. Hughes said Wednesday that under the prior agreement, seven gateways had been installed with several others were in various stages of production. Hughes has now ramped up production on the gateway equipment and resumed testing on the installed systems.

In a July conversation with Via Satellite shortly after Hughes announced its investment in the OneWeb, Hughes President Pradman Kaul said work on the contract stopped when OneWeb went into Chapter 11.

“The basic technology has essentially been developed. We’ve already deployed a certain number of these gateways. The challenge now is getting the rest of them built and installed, and then running the network through the satellites and doing the normal stuff you do when you test a new system to make sure that everything is functioning properly. But it is a global network, it’s going to cover every piece of the world. There’ll be challenges, but I don’t think they’re insurmountable,” Kaul said at the time.

This announcement comes days before OneWeb will launch its first satellites since before it filed for bankruptcy. Arianespace is set to launch 36 OneWeb satellites on a Soyuz rocket from the new Russian launch site in Vostochny on Dec. 18. OneWeb has 74 satellites in orbit.