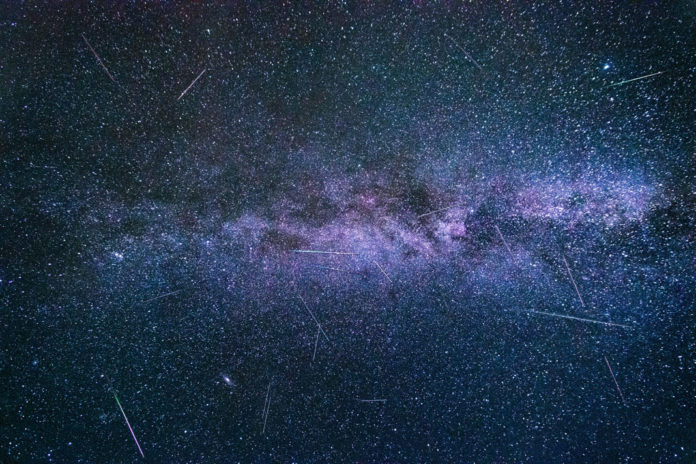 (21 March 2019 – Arianespace) On its third launch of the year, Arianespace has successfully orbited the PRISMA Earth observation satellite on behalf of the ASI Italian space agency, within the scope of a contract with OHB Italia.

This was the first Vega launch in 2019, and the 14th successful launch in a row for this light launcher since its introduction at the Guiana Space Center (CSG) in 2012. The launch took place on Thursday, March 21 at 10:50 pm local time in French Guiana.

PRISMA is the 600th satellite to be orbited by Arianespace and the eigth for Italian institutions or operators.

Vega lifts off from the Spaceport in French Guiana on Arianespace’s third mission in 2019. Flight VV14. PRISMA (courtesy: Arianespace)

Following the launch, Arianespace Chief Executive Officer Stéphane Israël said: “With today’s successful launch of the PRISMA Earth observation satellite, Arianespace has orbited its 600th satellite! We are very proud to continue performing our primary vocation of ensuring independent access to space for Europe, with a focus this evening on Italy. Today’s mission, carried out for the Italian space agency, ASI, and the Italian industry consortium led by OHB Italia SpA and Leonardo SpA, illustrates the reliability of the Vega launcher, which has performed its 14th successful launch in a row. It also confirms the launcher’s attractiveness as a champion of the Earth observation market, since Arianespace now has 9 Vega and Vega C in its launch order backlog. Our third successful mission of the year, following launches by Ariane 5 and Soyuz last month, reflects the excellence and complementary fit of our family of launch vehicles.”

Arianespace at the service of PRISMA, Italy’s Earth observation program

PRISMA (PRecursore IperSpettrale della Missione Applicativa) was built for the Italian ASI space agency by OHB Italia as prime contractor, with Leonardo responsible for the payload.

Lofted by Vega into low Earth orbit (LEO), PRISMA will provide major applications to protect the planet and ensure Italy’s environmental safety. The satellite is fitted with a state-of-the-art electro-optical instrument, comprising an innovative hyperspectral sensor and a medium-resolution panchromatic camera (sensitive to all visible wavelengths), and will employ these capabilities for environmental monitoring, the management of resources, identification and classification of crops, the fight against pollution, etc.

Today’s flight VV14 was the 12th Vega mission for Earth observation, while PRISMA is the 70th satellite launched by Arianespace for this type of application.

Through today’s successful launch, Arianespace is once again contributing to its assigned mission of providing launches that make life better on Earth.

Arianespace addresses the institutional requirements of Italy and Europe

To date, Arianespace has orbited eight institutional satellites and five auxiliary payloads for Italian institutions and other customers, including ASI, the Ministry of Defense, as well as Telespazio – a joint venture between Leonardo and Thales.

Vega: a commercial and operational success

Today’s Flight VV14 is the 14th Vega launch performed by Arianespace from the Guiana Space Center. Since entering service in February 2012, with Avio as the production prime contractor, this light-lift launcher has successfully completed all of its missions – orbiting a total of 29 satellites. Arianespace’s launch manifest for 2019 includes three more Vega missions.

Offering a payload capacity of 1.5 metric tons into low Earth orbit, Vega was purpose-designed to launch small scientific or Earth observation satellites; 12 of the 14 Vega missions to date were related to Earth observation, including more than half of all satellites sent into orbit (16 of 29).

Vega and its successor, Vega C, are perfectly adapted to the launch market for Earth observation satellites. Out of the 9 Vega/Vega C launches in Arianespace’s backlog of orders, one-third are for European institutions and two-thirds for export customers.

Compared with the current model, the Vega C (first launch scheduled for 2020) will offer higher performance in terms of payload capacity (weight and volume) and flexibility to support a wider range of missions (from nanosatellites to large optical and radar observation satellites), therefore bolstering the competitiveness of Arianespace’s launch services. The new Vega C and Ariane 6 launchers will be used in concert to meet customer requirements starting in 2020.

Arianespace uses space to make life better on Earth by providing launch services for all types of satellites into all orbits. It has orbited more than 590 satellites since 1980, using its family of three launchers, Ariane, Soyuz and Vega, from launch sites in French Guiana (South America) and Baikonur, Kazakhstan. Arianespace is headquartered in Evry, near Paris, and has a technical facility at the Guiana Space Center, Europe’s Spaceport in French Guiana, plus local offices in Washington, D.C., Tokyo and Singapore.

Arianespace is a subsidiary of ArianeGroup, which holds 74% of its share capital, with the balance held by 15 other shareholders from the European launcher industry.