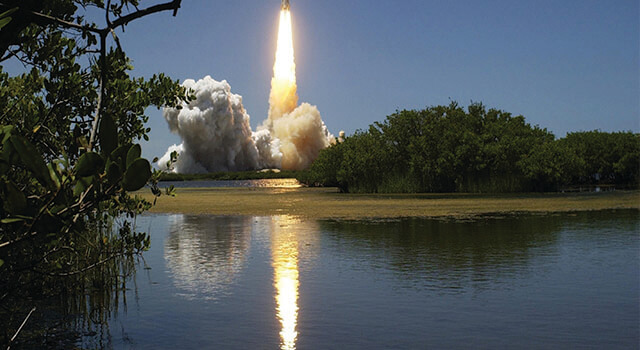 The Cygnus arrived at the ISS after launching from Wallops Flight Facility Pad 0A on February 22, 2021 at 17:36 UTC. The NG-15 Cygnus has been named in honor of Katherine Johnson, a NASA mathematician who had a vital role in early human space flight missions.

This launch is Nanoracks’ ninth mission providing opportunities for cubesat deployment from the Cygnus. The CubeSats onboard this launch, IT-SPINS and MySat-2 (DhabiSat), were built by students and researchers at Montana State University and Khalifa University in Abu Dhabi.

The Nanoracks cubesat deployer on ISS.

The Cygnus will remain at the ISS for several weeks to complete its primary science and technology goals. After the Cygnus departs from the ISS, it boosts to a higher altitude, where the E-NRCSD dispenses the cubesats into orbit.

The IT-SPINS cubesat was selected for launch by NASA’s CubeSat Launch Initiative (CSLI) as part of the Educational Launch of Nanosatellites-33 (ELaNa-33) mission complement, sponsored by the NASA Launch Services Program (LSP).

MySat-2 (DhabiSat) is the second cubesat built by Khalifa University to be launched by Nanoracks. MySat-1 was deployed from the NG-10 Cygnus spacecraft in February of 2019. These smallsats enable students to design, implement and test software modules for attitude determination and control systems.

“It’s an amazing accomplishment to build and launch a satellite. It’s even more amazing that these CubeSat teams were able to do so in a time when working together has never been more difficult,” said Nanoracks Mission Manager, Jake Cornish. “COVID-19 has caused us to rethink how to perform even normal tasks, so these individuals have accomplished something very special. We are extremely proud to work with groups who continuously push the boundaries of what’s possible, and we can’t wait to see what they come up with next.”